Over the past week, the protest rising against police brutality (#ENDSARS) has been the headline on every news outlet in Nigeria. This protest didn’t just come out of nowhere. It arose from the bottled up anger of Nigerians over the past few years. As we all know, police brutality is the use of excessive, unjustified force (typically in the form of physical abuse. It can also be in the form of verbal abuse), by a police officer while carrying out law enforcement duties.

Before I continue, let me give a proper definition of the Special Anti – Robbery Squad also known as SARS. It is a Nigerian police force unit, under the force criminal investigation and intelligence department in the federal republic of Nigeria. Created in 1992, it was established to detain, investigate and prosecute people involved in criminal activities, like armed robbery, kidnapping and other forms of crimes. But over the years, this squad has diverted from the main purpose for which it was created. In recent years, rather than protecting the rights of citizens, they have been violating and abusing them. They’ve been known to constantly harass innocent Nigerian youths everyday, because they assume these people are internet fraudsters and criminals. Instead of focusing on the real criminals out there, who are raping our girls, kidnapping our people, killing our youths, they are out there wasting their time harassing and looking for what they can extort from people!!!! Just yesterday, a young man, Jimoh Isiaq was killed. He was a peaceful protester, who joined in the ogbomosho protest in Lagos State yesterday. This young man was killed in cold blood and in broad daylight, by the very ones who swore to protect our lives!!! I live in a country, where my mates are afraid of going out of their houses to the bus – stop, because of this squad. They come with their vans and carry teenage boys and young men, to their station, only to have them beaten and tortured for no reason, other than the fact that they look like criminals when they are not. Just because they carry nice looking phones and wear good clothes and shoes, this youths are treated like criminals. 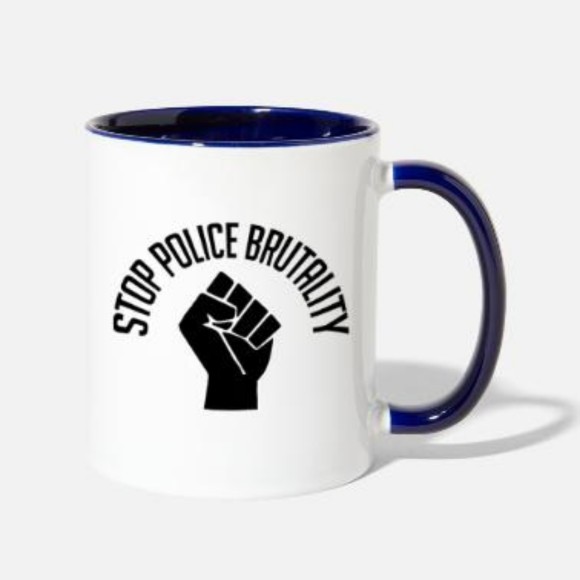 So, on social media, many people are of the opinion that this squad has to be removed from the police force. Many people, believe that putting an end to SARS is the best solution. I met up with two Nigerians, who actually thought otherwise.

“SARS needs reformation. It is not only SARS, but the entire Nigerian police force. At times, when you see the attitude of some of these police men, you ask yourself; how were they recruited in the first instance? They get drunk and are not properly dressed on duty. They collect money illegally from people, all in the name of working. It is not a question of scraping SARS away, because the other police men in the other units aren’t even better, they’re all the same. An average Nigerian police man needs reorientation. So, it isn’t a matter of scraping, there is need for the total reorientation of the Nigerian police force”.

I think I’ll have to agree with this. Other police men in other units aren’t better than these men. If we say end SARS, then we should also say end the police force, because they are all the same. Rather than carrying out their duties, you see them harassing people. Here’s what the other Nigerian had to say;

“#EndSARS is trending, so everyone is trending with it. Social media is a one way traffic everyone tends to flow with, without pausing to ask a simple question.

SARS should be reformed. If SARS is removed or scrapped, the rate of crime will definitely triple in our society. The very bad guys are scared of SARS. The truth is SARS have some bad eggs that spoil their name and those are the ones that need to be removed from the unit”.

I believe that there’s a lot of truth here. The bad ones who are spoiling the name of this squad, have to be removed. There’s been recent news that the squad has even been dissolved already.

We will no longer stay in the shadows and keep quiet. Stand up and say their names!!!!We need justice and we need it now. No more harassments!!! No more abuse!!!!! No more killings!!!! And no more police brutality ✊✊✊!!!!

45 replies on “Saying a big “NO” to police brutality.”

I agree with you ✊

I could feel the passion in this post. In Nigeria’s case, I also believe that the issues stem beyond police brutality into bad governance and corruption in general. Both the police and the government are to blame. We hope that by lending our voices to this cause, we will be able to cause significant change. No more police brutality! No more bad governance! ✊🏾

I totally agree with you ✊🏿✊🏿. We can really bring about significant change when we stand together ✊🏿✊🏿.
#Endpolicebrutality

Is true. It’s not just about ending SARS, it’s about fishing out the bad eggs, not just within SARS but within the entire Police department and beyond. It seems though that the water got spoiled from the source. And once the source is corrupt, the entire water gets dirty. The few who are ready to do the right thing are forced to do the wrong thing because they need to keep their jobs. We have big problem there.

I totally agree with you 🤝🤝. The bad ones have to be taken out and the entire force has to be reformed ✊🏿

Thanks for lending your voice. #end policebrutality

No more!! Thank you for lending your voice✨

Reblogged this on The Searchlight and commented:
Great piece.

Thank you so much 💖.
The awareness needs to be out there right now ✊🏿✊🏿

I also have faith that we will get there. We’ve started the journey and hopefully, it will end well.
#ReconstructNigeria

Thank you. We wish for police reform, more than anything else 👏🏾

We just have to keep on raising our voices to reduce it in the society ✊.
#End police brutality.

Proper training, retraining and remuneration. I think a lot of police officers are poorly trained and poorly paid.

However, for the SARS men in Nigeria. They need proper rehabilitation. One of the requirements for joining the unit is that the candidate must be an ex convict.

I totally agree with you on this one. They need to be reformed.

Reblogged this on By the Mighty Mumford.

A BIG UR WELCOME!

I stand with you to say a big NO to police brutality, Ending sars shouldn’t be the end of it all, but putting a total stop to all forms of harassment from those who should be protecting us.

Just ending SARS doesn’t do anything to stop police brutality. A total stop has to be put, on all forms of harassments✊.

I stand with you. Police brutality in all shades or forms must be stopped. We are more afraid of the police that should be protecting us than we are of the criminals.

I agree with you Ngozi 🤝. Police brutality in any form at all, must be stopped ✊

This is such an important post! Thank you for sharing this with us and letting us know this information.

It’s really pathetic to know this sort of brutality.

I totally agree with you 🤝

Such an eye opening post of police brutality in other countries and how we must work together to end it!